February: Phoenix marked the entry of Phoenix North American Channel into the Canadian market with a reception in Vancouver.

March: The tenth anniversary of Phoenix was celebrated in spectacular style at the Hong Kong AsiaWorld-Expo and attended by a wide array of political figures and celebrities.

May: Phoenix reached an agreement with Quincy Jones, the famous American jazz musician and composer, to work together on a number of creative projects.

July: Phoenix mounted an exhibition illustrating key events in its first decade of operations at the Beijing Capital Museum to mark its tenth anniversary and the Chinese Foreign Minister Li Zhaoxing was among those who attended. 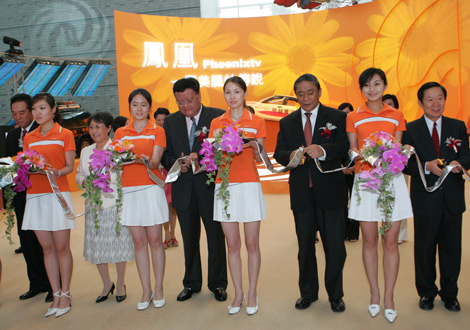 Phoenix dispatched a team of reporters to Lebanon after the Israeli invasion of southern Lebanon to cover the fighting and the impact of the conflict on the region.

The final of the Phoenix Miss Chinese Cosmos pageant was held in the Hong Kong AsiaWorld-Expo on 28 October. 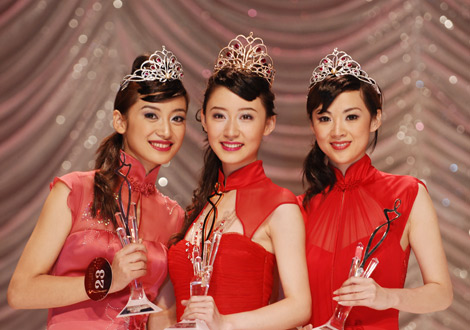 November: Chairman and CEO of Phoenix Liu Changle co-chaired the International Emmy Awards Gala in New York. The evening was attended by many famous film and television figures, including the renowned director Stephen Spielberg.

18 - 25 August: Phoenix reported at length on “A Peaceful Mission – 2005”, a joint military exercise involving both Russian and Chinese military forces.

19 - 30 September: At the invitation of Phoenix’s Chairman and CEO, Mr. Liu Changle, JP, and the famous Taiwan scholar, writer and political figure Li Ao undertook a twelve-day cultural visit to China, during which he addressed universities in Beijing and Shanghai. This was Li Ao’s first visit to the mainland since his departure 56 years earlier. 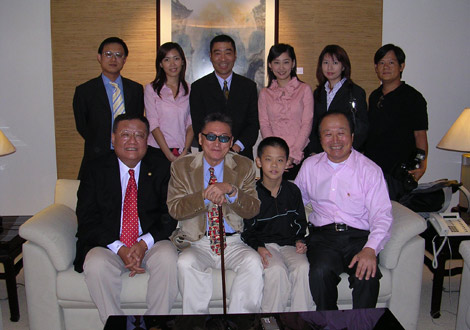 8 November: Phoenix was the only Chinese Broadcaster to have the personal interview with the United States President George Bush before he visited China, Japan, Korea and Mongolia. 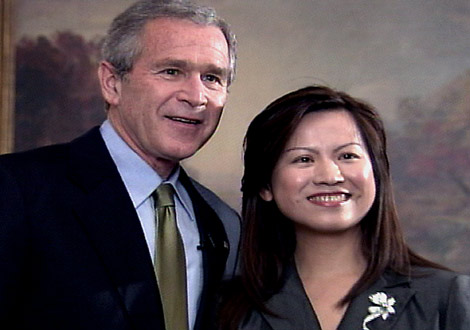 21 - 23 November: The Chairman and CEO of Phoenix, Mr. Liu Changle, JP, served as the Chairman of the International Emmy Awards ceremony in New York.

25 November: Phoenix became the first international Chinese-language television broadcaster to gain the approval of the Canadian Radio-television and Telecommunications Commission to broadcast in Canada. 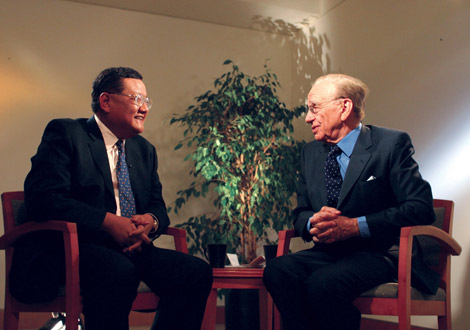 April: Phoenix held its Eighth Anniversary Celebration in Kuala Lumpur, where the former Malaysian Prime Minister Dr Mahathir was the guest of honour. 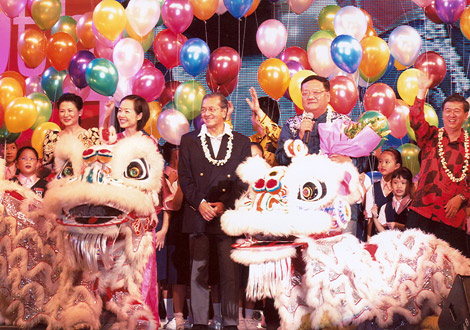 August: Phoenix infoNews began to broadcast over the SMATV system in Hong Kong, the first step in process of enlarging the Phoenix footprint in Hong Kong as, over the following months, Phoenix channels became available on PCCW’s now TV, iCable, Galaxy TV, and Broadband TV.

The yacht Albatross, renamed the Phoenix in Chinese, received a rousing welcome in Malaysia, as it made its way to Kenya, following the course taken by the Ming Dynasty Chinese admiral, Cheng He, who sailed from China to Africa. 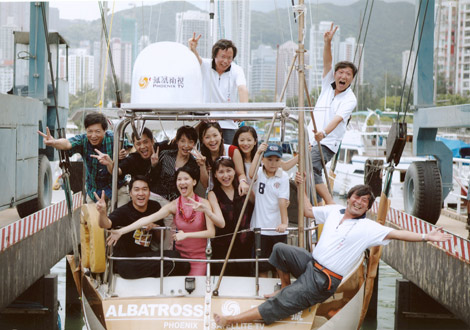 September: Moscow-based Phoenix reporter Lu Yuguang caught the attention of the global Chinese television audience by his reporting on the Bislan, massacre in southern Russia. 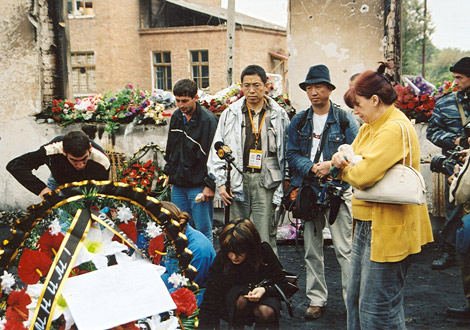 October: The United States Secretary of State Colin Powell was interviewed by Phoenix’s chief commentator Anthony Yuen in Beijing during the course of an official visit to China just days before the United States Presidential election. 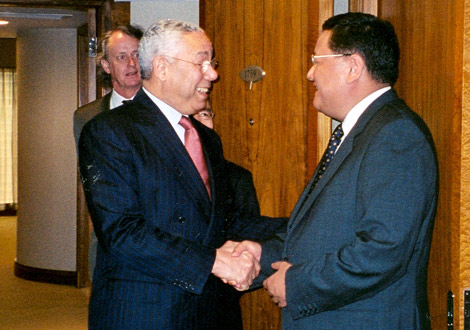 November: The final of the Miss Chinese Cosmos beauty pageant was held in Hong Kong, with the three top place getters coming from Malaysia, Canada, and Beijing. 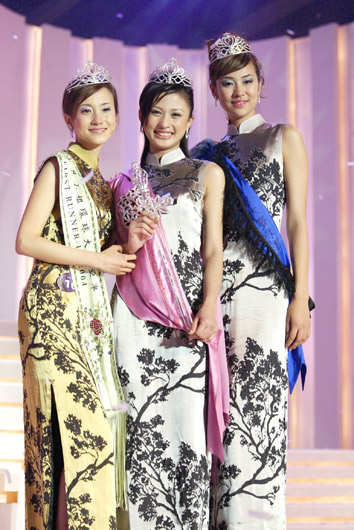 January: The State Administration for Radio, Film and Television (SARFT) in China, granted Phoenix infoNews landing rights, earlier given to other foreign media broadcaster. This makes it the first foreign Chinese-language news channel to receive official approval to broadcast in Mainland.

February: A ceremony in Beijing launched A Passage to Africa, one of the biggest television events showcased by Chinese-language media organizations. A joint venture by Phoenix and CCTV, the travelogue-style show explored large parts of the ‘dark’ continent. 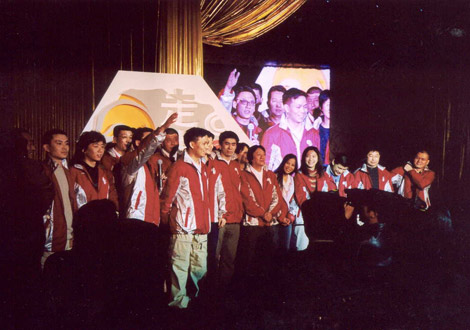 March: Phoenix broadcast continuous reports on the Iraq war for 25 days from 20 March onwards, amounting to a total of 507 hours of reporting and analysis, setting a new record for Chinese-language media

The Phoenix reporter Rose Luqiu, and cameraman Cai Xiaojiang, risked the dangers of war to enter Baghdad on 24March, and the first Chinese media team to enter the Iraqi capital after it became a war zone. 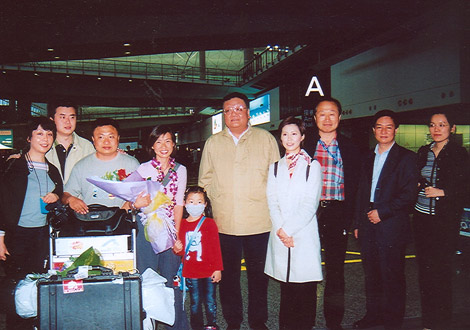 May: Phoenix dispatched a strong twenty-member team led by Rose Luqiu, Zheng Hao and Liu Hairuo to report first hand on the flight against SARS in the hospitals, schools, factories and residential areas of Beijing. 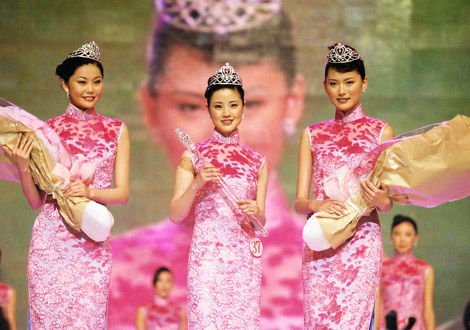 February: Phoenix served as the main media planner for the transportation of the “The Buddha’s Finger’ from the Famen Temple in Shaanxi, where it is housed, to Tai wan. Classified by UNESCO as one of the nine wonders of the world, the sacred relic was put on display and worshipped by large numbers of Buddhist devotees.

April: When Mr Xu Guangchun, Head of the State Administration of Radio, Film and Television, visited Phoenix CNE Channel in London, he commented that Phoenix has developed an excellent international image and set a good example for its counterparts in China.

May: At the 2002 Beijing International Television Week, the Chairman and Chief Executive Officer of Phoenix, Liu Changle, delivered an address titled “The New Theory of Phoenix Satellite Television in a New Age.” 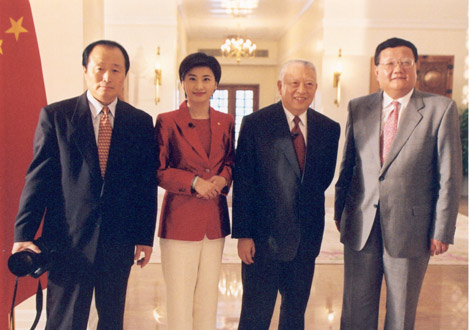 August: At the “ASEAN- China Forum” in Kuala Lumpur, the Chairman and CEO of Phoenix, Mr. Liu Changle, gave an address titled “ASEAN, China and the Role of Media”. 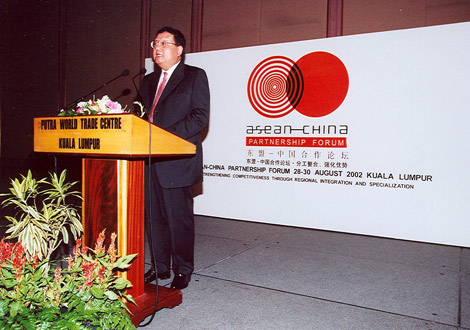 October: Phoenix reported live on the hostage crisis in Moscow.

November: At the 16th World Congress of Accountants, held in Hong Kong and attended by the Chinese Premier, Mr. Zhu Rongji, Phoenix was the sole, accredited media organization to broadcast the opening ceremony Live, and also fielded the comperes and masters of ceremony for the conference. 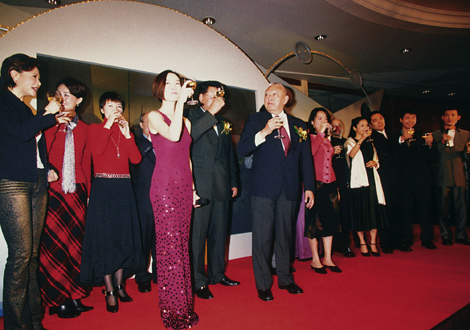 July: Phoenix produced a LIVE, 12-hour broadcast of the Olympics 2008 Bidding with direct links from Moscow and Beijing, during which the winning host city was announced. 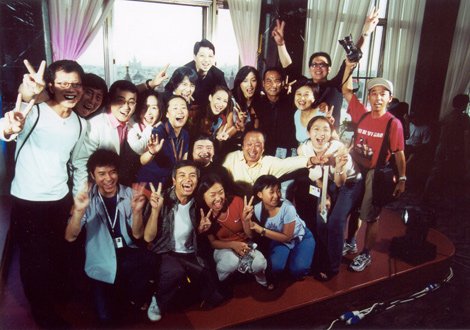 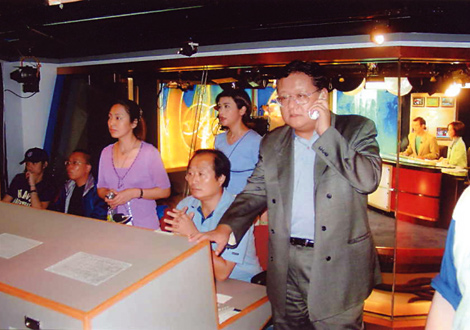 October: Samsung teams with Phoenix to sponsor the special pregramme on Beijing Olympics, ‘Samsung’s China Road to Olympics,’ which will be aired over the next three consecutive years.

Phoenix teamed with CCTV to produce the major television series Pole to Pole Expedition. An ambitious documentary in which a team traveled from the South to North Pole, the programme highlighted countries it passed through and the stories of Chinese people and other along the journey. 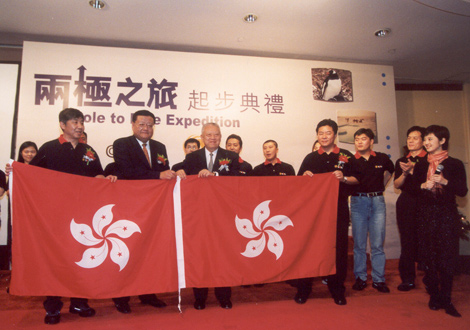 February – May: Phoenix reported extensively on the Taiwan election, including broadcasting live the inaugural address by Chen Shui-bian.

30 June: Phoenix Satellite Television held an IPO on the GEM Board of the Hong Kong Stock Exchange. 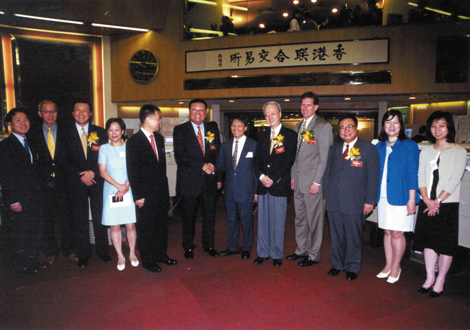 19 March : While answering a question from Phoenix presenter Sally Wu, Chinese Premier Zhu Rongji told a National People’s Congress press conference that “I really like to watch her programme.” 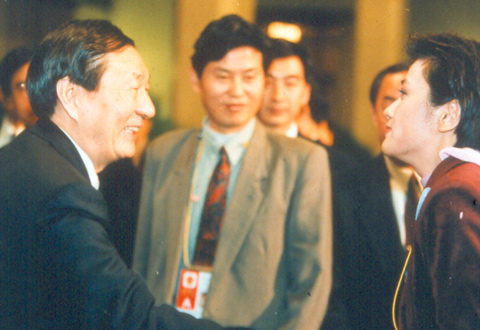 1 June: Phoenix sponsored and staged “Leaping the Yellow River”, in which the dare-devil driver from Taiwan, Ke Shouliang, drove his motor car in a spectacular leap across the Yellow River. 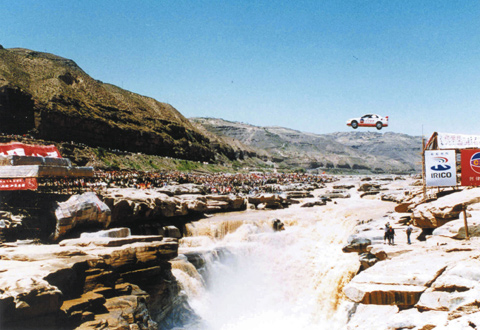 30 June – 2 July: For sixty hours Phoenix provided detailed and multi-faceted news coverage of the ceremonies surrounding the handover of Hong Kong’s sovereignty to the People’s Republic of China. 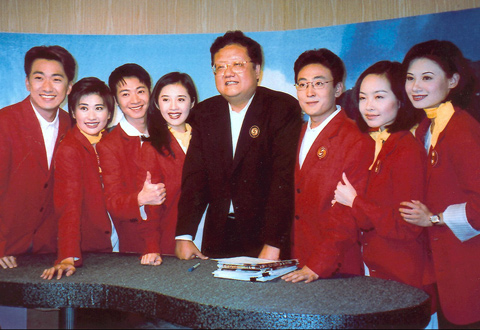 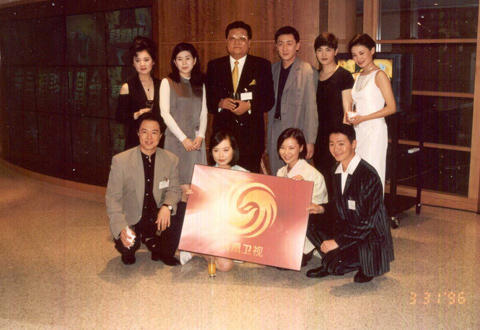