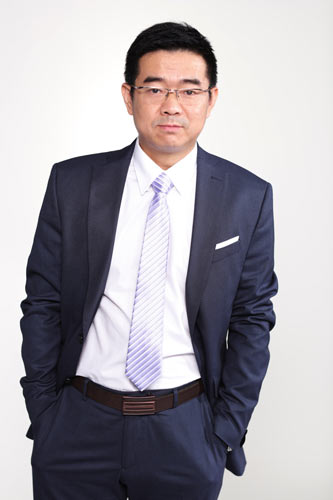 “Telling the truth requires objectivity, maintaining the bottom line and many different places

“Telling the truth requires objectivity, maintaining the bottom line and many different places.”

Song Zhong Ping graduated from the People’s Liberation Army’s Second Artillery Engineering University (now the Rocket Force University of Engineering), majored in guided missile testing engineering and the controlling of guided missiles.  From 1995 to 2003 he served as a lecturer at the Second Artillery Engineering College, and then from 2006 to 2011 worked at the Emergency Rescue Center of Civil Affairs of China.  From 2011 till 2016, he was editor of the “Military Digest” of the Second Academy of China Aerospace, the director of the Military Culture Committee of the Zhongguancun Digital Cultural Industrial Alliance, and the member of Expert Committee of the China Certer for International Economic Exchange of the National Development and Reform Commission, while he was also a commentator at CCTV, Shanghai Dragon TV and other television stations, and was an off-site presenter on CCTV-7’s Military Program “Fans Eyes in Military” and commentator and program adviser for CCTV-4’s program “China’s Public Opinion Field”.

Song Zhong Ping has often been involved with state organizations, enterprises and advanced academies on issues related to international politics, military strategy and related issues, and has also been a consultant on issues related to military and local government educational development, and has developed a strong knowledge of scientific projects and management skills.

When he worked as a commentator discussing active events he covered the “Moscow Red Square Parade”, the “Tiananmen Square Parade”, “Chinese Lunar Exploration Program – Chang’E”, “United Nations Peacekeeping Operations”, and other real-time events. He also published a number of military and international political articles, including “South Sea”, “Japan”, “America is Coming”, “The Weapons of Powerful Countries”, and “The Tools of Powerful Countries”.

From being a lecturer at the military university to a television commentator, from being a teacher to a media commentator, Song Zhong Ping has displayed very high self-confidence, and decent attitude to television programming.  In front of the screens, he has been termed “a serious man”, but he also brings humorous programs and always cracks jokes, and displays many “not serious” aspects.

Song Zhong Ping is a commentator on “Omni Talk”, “News Talk”, “Phoenix Evening Express”, and is often a participant in “Current Affairs Debate”.